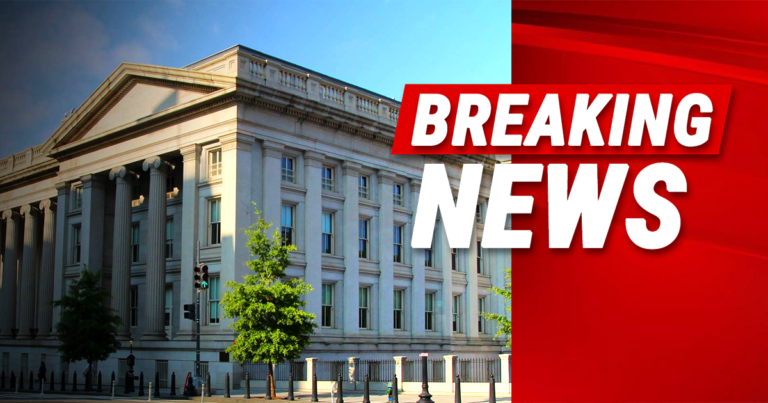 Joe Biden is not even remotely the “moderate” he pretended to be in 2020. The man has surrendered his presidency to the radical left.

And all of America suffers as these socialists trample over our Constitution and liberty.

Biden continues to hire people who don’t deserve to run a McDonald’s, let alone the country. But his latest plan will spell doom for our Treasury–and put lives at risk. From Fox News:

The vice chair of the Treasury Department’s newly-announced racial equity committee wants to defund the police and put racial justice at the center of all government policymaking.

Treasury Secretary Janet Yellen on Tuesday announced the formation of a 25-member committee called the Treasury Advisory Committee on Racial Equity, which will identify, monitor, and review aspects of the domestic economy “that have directly and indirectly resulted in unfavorable conditions for communities of color,” according to a press release…

Felicia Wong, the president and CEO of the Roosevelt Institute, was announced to serve as the nascent racial equity committee’s vice chair.

Of course, Biden is going to upend our Treasury over this woke garbage. After all, “woke” politics are just a front for socialism. And socialism is all about “redistributing” wealth–dismantling the middle class and turning America into a soviet nightmare.

Biden’s Treasury has created a 25-member group to push woke politics in the agency. The vice chair is Felicia Wong, who works for a “think tank” that wants to abolish prisons, “reimagine” capitalism (code for socialism) and put “racial justice” at the center of all government decisions.

Biden is literally letting wolves into the sheep den. This radical group will be deciding policy for the Treasury Department. You know, the agency that gives out your tax refunds? The agency that controls America’s money?

Just last week, Kamala Harris said federal hurricane aid should be given out based on skin color. Now, the Treasury Department is forming a group to make that kind of thinking permanent.

Hiding behind all their claims of “justice” and “equity” is a scheme to exploit minorities, rob the middle-class of their wealth, and enrich the ruling elite.

All the while pretending this is going to help the “disadvantaged.” Democrats want us to think we are still living in the Jim Crow south, where people of color cannot get a leg up. We all know that is a lie. But they keep pushing it to defend their radical policies.

It will end with America no longer being the land of the free.