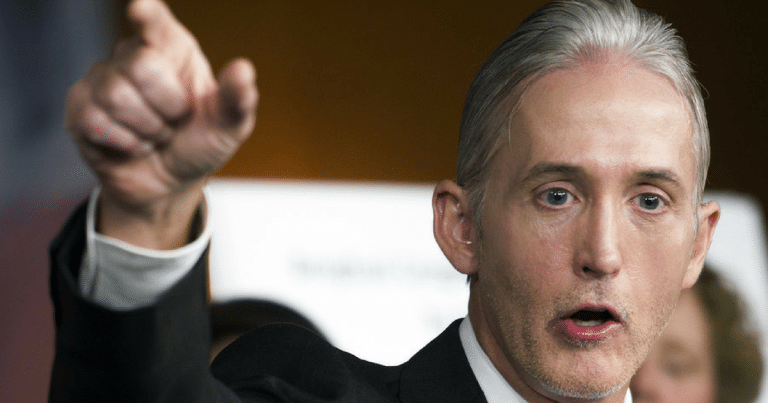 Another horrifying mass shooting event has led to another chapter in the never-ending debate over gun control.

As per usual, the conversation is being dominated by those on the Left that yell the loudest. Hyperbole, false facts, and talking points are dominating the discussion, and completely rational arguments are being summarily dismissed.

Thankfully, there are still folks that are willing to step up to the plate and calmly explain those points, including Rep. Trey Gowdy (R-SC). In fact, he offered a simple challenge to the Democrats and asked them to answer one question that he has about gun control. But so far, not a single Liberal can reply.

Here’s exactly what Rep. Gowdy had to say during an interview with Fox News.

“I don’t know anyone who would not pass a law today to prevent the next mass shooting, but to Sen. Rubio’s point, you gotta find out how he accessed the gun, we have to find out whether there was a data point in his background where someone could have reported it, whether or not he accessed the gun legally or illegally,” Gowdy explained.

The tragic events that took place in Florida on Wednesday are parents’ worst nightmares.

No one should have to deal with such a thing, but there is, unfortunately, no law that can be put into place that will prevent it from ever happening again.

Bad people do bad things, and laws aren’t going to prevent that from happening.

“If you can show me a law that will prevent the next mass killing, go ahead and sign me up for it,” he concluded.

Gowdy also urged the Department of Justice and the Trump administration to prosecute people who obtain guns illegally before they use them to commit murders.

“Before we begin to advocate for new laws, I think it is imminently fair to say how are we doing enforcing the ones we currently have?” he said.

Liberal mouthpieces contend that stricter laws will lead to all problems of this nature magically disappearing.

The reality is vastly different. Those that are hell-bent on getting their hands on a firearm will do so, regardless of whether it’s through legal or illegal means.

Instead of yelling and attempting to scare the daylights out of people even further, perhaps someone on the Left can step up to the plate and calmly provide an answer to Gowdy’s super simple question.