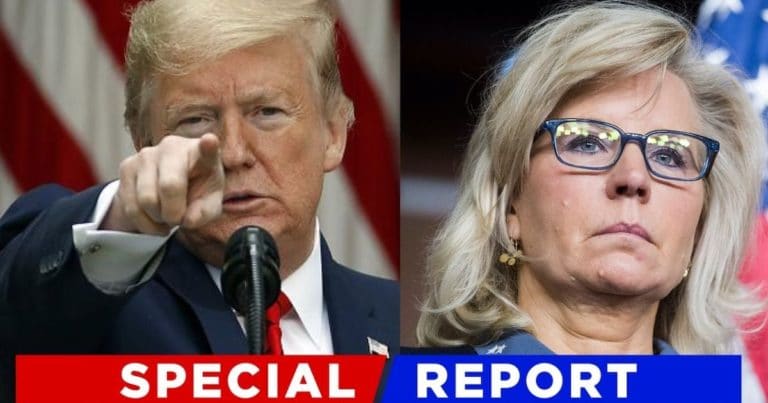 Today, the good people of Wyoming will be voting in their primary elections. Republicans will decide, among other things, who will represent them in Congress.

Liz Cheney, a RINO who has long opposed Donald Trump, is facing bleak re-election odds. Trump has already endorsed her rival. What happens now will determine this fake Republican’s fate.

And it doesn’t look good.

The most recent polling in the Wyoming race looks bleak for Cheney. A survey conducted early last month by Mason-Dixon Polling & Strategy for the Casper Star-Tribune found Hageman with a 22-point lead over Cheney.

Since then, there are signs that Hageman’s advantage has only widened. A University of Wyoming poll released last week showed Cheney trailing by a staggering 29-point margin.

Liz Cheney gambled on backing the swamp—and it appears she lost. Back in 2021, she supported the left’s second impeachment attempt against President Trump.

Very quickly, the folks back home blasted her. At that point, a smart person would have quickly made an about-face.

Apologize and support the GOP. Instead, Cheney double-and-triple downed on her anti-Trump agenda.

Trump threw his weight behind Harriet Hageman and the woman is beating Cheney by a staggering 29 points.

Polls aren’t always 100% accurate (we know all about that), but such a wide margin leaves little room for error. It would take a miracle for Cheney to win her primary.

She has gotten major donations from—of all places—liberal donors. It seems people outside Wyoming care more about Cheney than her own constituents.

Today, many of them will be flocking to the polls to decide who will represent them for the next two years. A Trump-backed candidate who is promising to put them first?

Or an establishment politician who is constantly opposing her own party?

I think the decision is pretty obvious. But we’ll find out soon enough.