Trending //
Turn Off Ads On Site My Account
Trump Supporter’s Gun Pic Leaks. Liberals Lose It So She Hits Them With Defiant Response 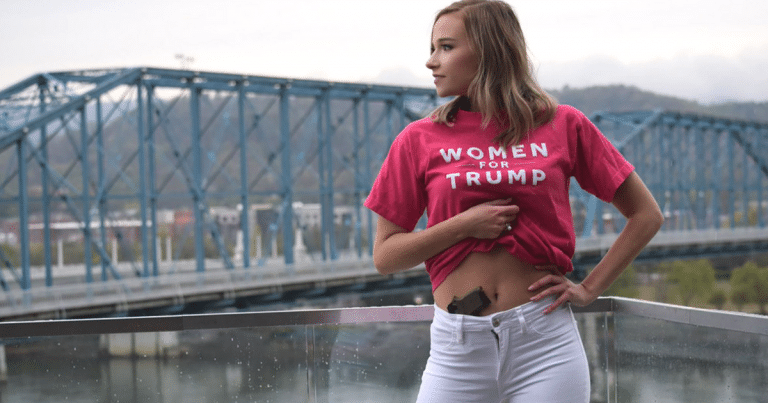 College campuses have been proudly advertising themselves as “safe spaces”.

The result? Ideas that are too controversial or thought-provoking are censored; views that are remotely right of center are suppressed.

All of this is done in the name of keeping sensitive students from being offended.

And nobody suffers more from this attack on free speech than conservatives on college campuses.

Speakers like Ben Shapiro, Ann Coulter, and Milo Yiannopoulos have been banned from giving lectures at liberal campuses like Berkley, where the First Amendment is considered a barbaric relic of America’s ancient past.

And forget it if you’re a supporter of the Second Amendment, because that makes you public enemy number one on a college campus.

So what are pro-Trump conservative students to do? If you’re Brenna Spencer, you take a photo that’s sure to trigger the heck out of left-wing loonies.

“On Saturday, soon-to-be college graduate Brenna Spencer posted a graduation picture on Twitter that is rare among students.

In her picture, Spencer wore a ‘Women for Trump’ shirt and showed she was carrying a firearm.

Predictably, the left took issue with seeing a strong woman asserting herself in a way that didn’t involve wearing a pink hat.

You realize employers will see this right? Hope you enjoy living with Mom and Dad.

Brenna fired back, so to speak, and said that she owns several guns, and furthermore:

I carry everywhere that I’m allowed to carry.”

She stated that she wanted her graduation photos to “show who I am as a person.” This picture certainly does that, but she was still surprised to see the amount of hate she got online. 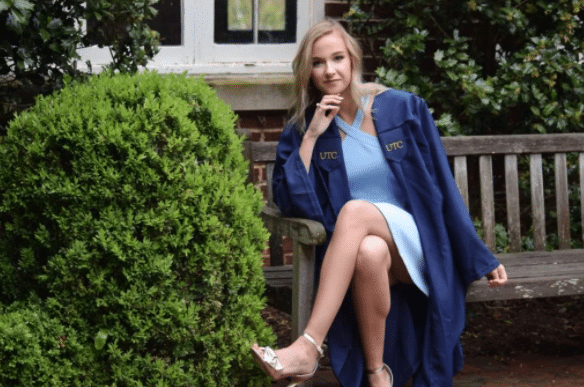 But many others applauded her bravery for taking a stand for the Second Amendment during a time when it’s incredibly unpopular to do so.

The recent high school shooting in Florida that left 17 students dead has made being an advocate for the Second Amendment especially taboo of late.

Yet students like Brenna are a mass shooter’s worst nightmare, because she isn’t afraid to take matters into her own hands and defend herself and those around her.

Whether it’s in her school or online, you can count on Brenna to fight back!