Trending //
Turn Off Ads On Site My Account
President Trump Moves Against Obama, Destroys His Most Prized Legacy

On Day One of Donald Trump’s campaign for the presidency, he made one thing perfectly clear: He promised that as president, he was going to sign off on a bill to repeal Obamacare the moment that Congress placed it into his hands.

Seeing Congress repeal Obamacare multiple times while Barack Obama was in office gave President Trump all the information he needed to know that a new presidency was needed to end Obamacare. However, what President Trump didn’t anticipate was that despite the fact the Legislative and Executive Branches were all Republican, no one in the House or Senate could or would agree to fully repeal Obamacare.

So what does Trump do with this unanticipated situation? He wisely decides to let Congress embarrass themselves while he shuts down Obamacare by means of rules and regulations that will further end this horrible law.

The Trump administration is turning to regulations as their last, best hope of chipping away at ObamaCare in 2018, with congressional Republicans unlikely to pass full repeal.

A proposed rule released Thursday targeting the health law is likely the first step in a new effort to undermine the law. And advocates for ObamaCare worry that another forthcoming rule could cause even more damage.

The administration on Thursday eased rules on small businesses that band together to buy health insurance through what are known as association health plans (AHPs).

The proposal retains ObamaCare protections for people with pre-existing conditions and prohibits lifetime limits on benefits.

But it would allow associations to purchase cheaper health insurance that won’t cover the ten “essential health benefits,” which include mental health, substance abuse treatment, maternity care and prescription drugs. 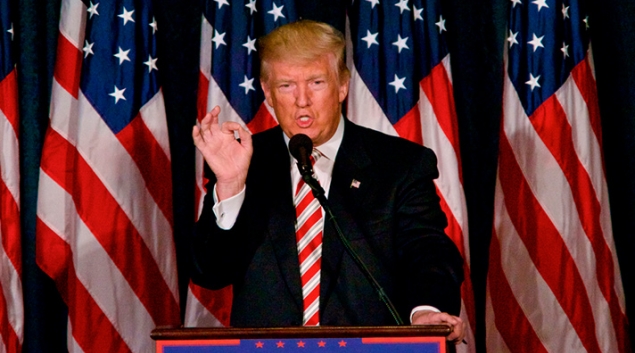 A second proposed rule, yet to be unveiled, could have an even greater impact, with much broader exemptions from ObamaCare.

That rule is expected to lift the Obama administration’s restrictions on skimpy, short-term health insurance plans. The changes would allow the plans to last for 12 months and be renewed.

Experts expect the short-term plans to also be exempt from all of ObamaCare’s protections, meaning insurers would be able to charge higher premiums to people with pre-existing conditions.

President Trump has made no secret of his desire to undo as much of ObamaCare as possible. He’s said the law is failing, and on numerous occasions said the inevitable collapse of the insurance markets would bring Democrats to the negotiating table to work on a replacement.

When he signed an executive order loosening ObamaCare protections in October, Trump said he was “starting that process” to repeal the law.

It will be the “first steps to providing millions of Americans with ObamaCare relief,” he said of the order.

Administration officials said the order was just the beginning of their efforts to target ObamaCare, with Congress seemingly unable to repeal the law. This is, in short, a brilliant move by President Trump. He knows and understands that the American people want to see Obamacare gone and are beyond frustrated with their Congressmen and Congresswomen ignoring their pleas. So that is why he is taking the American people’s agenda into his own hands and destroying Obamacare one regulation at a time.