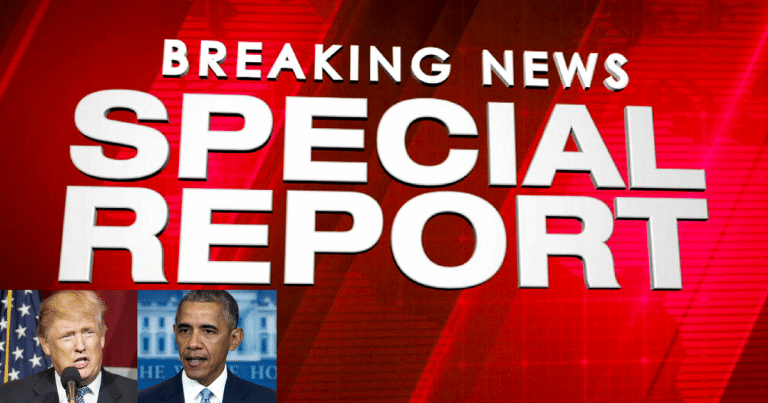 The United States has never been able to restore its once good relationship with Iran—but all that could change soon.

This is because ever since the pro-American Shah was overthrown in 1979, Iran has been under the control of a radical Muslim theocracy, and they’re hell-bent on destroying America.

Obama, Muslim sympathizer that he is, shared Iran’s mission it seemed. Why else would he have cut a deal with a nation that openly hates us?

The Iran Deal was negotiated under the pretense that Iran would suspend its nuclear ambitions in exchange for the lifting of economic sanctions, but Iran continued developing uranium even after the deal was signed.

Destroying the Iran Deal was a major part of Trump’s campaign platform, and when he successfully withdrew the U.S. from the agreement in early May, he proved that he is a man of his word.

Now Trump’s Secretary of State is taking further steps to bring any hope of a nuclear Iran to the ground.

The Trump administration, in a major reversal of Obama administration policy, is seeking to shutter every Iranian nuclear enrichment site, including its heavy water reactors, which could provide Iran with a second, plutonium-based pathway to a nuclear weapon, according to U.S. officials and others familiar with the policy shift.

Secretary of State Mike Pompeo, in his first major policy address, called on Iran to shutdown its heavy water nuclear power plants, which were allowed by the Obama administration under the landmark nuclear agreement and laid the groundwork for Tehran and Russia to ink multi-billion dollar deals to build new nuclear reactors throughout the country, construction that is already underway.

This measure by Pompeo is being met with approval by the Trump administration, who understand that Iran’s production of this heavy water is a further violation of their promise to suspend their nuclear activity.

Heavy water is a nuclear-enriched byproduct, and Iran produced far more than was allowed under the agreement.

Obama’s attempts to stop this practice were to purchase Iran’s excess heavy water using taxpayer dollars. President Trump immediately reversed that decision and is proving to be much more determined to stop a nuclear Iran than Obama ever was.

Obama merely wanted Iran to develop a nuclear weapon slowly, while Trump is stopping them from getting one altogether.

If Iran chooses to continue manufacturing nuclear weapons, they will be met with even more economic sanctions, something that the country cannot afford.

But Trump is not backing down. Ultimately dealing with enemies with strength gives hope that we can turn them into friends, just like we are seeing with North Korea. 4

We now have a leader who our enemies fear and our friends respect, and finally, America and the world are winning.