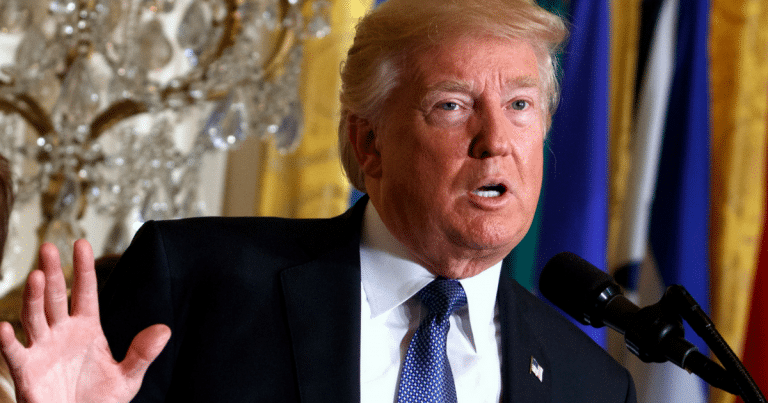 Thanks to Trump, millions of Americans are enjoying bigger paychecks. Tax cuts were a big relief to all Americans. But the President didn’t stop there. A new report has everyone’s jaws hitting the floor.

President Trump promised to make America great again. That means restoring confidence in our economy. The United States’ economy has suffered for a very long time.

But after only one year in office, it looks like Trump has turned that around. Availability in a certain sector has reached an all-time high. To the tune of 6.3 million.

Total job openings hit 6.3 million, up from 5.7 million the month before. That’s the highest number since the agency began keeping track in 2000. Private-sector openings also hit a record high.

Actual hiring, too, rose to 5.58 million in the month, making it the second-best month of the recovery for hires, behind October of last year. Around 360,000 people were hired in manufacturing, the best mark of the recovery…

Prospects are brighter for job seekers, if the report is any indication. There are fewer unemployed workers relative to job openings. The ratio of unemployed workers to vacancies stands at below 1.1, a historic low. Even during the days of the housing bubble in the mid-2000s, there were more jobless people for each vacancy.

There are numerous reasons for this historic landmark. Companies are eager to hire much-needed staff, thanks to the GOP tax cuts. They can afford to, now! Trump has slashed regulation since entering office. He has called regulations “stealth tax.” It was one of the biggest detriments to job creation.

Consumer confidence is high. That has led to more spending. Companies are doing very well, so they are looking to expand.

But ultimately, things are doing well because of Trump’s America First policy. President Trump has prioritized American workers and companies since day one. Previous Presidents looked the other way as businesses moved out or shipped jobs overseas. It was a crime.

President Trump refuses to let that happen. Better trade deals, slashed regulation, and lower taxes have contributed to a booming economy. More jobs and more opportunity are good for everyone.

Of course, liberals will complain. They will refuse to admit Trump’s obvious success. Expect the mainstream media to ignore this report. Or pretend like it has nothing to do with President Trump.

But when have we ever cared what they think?