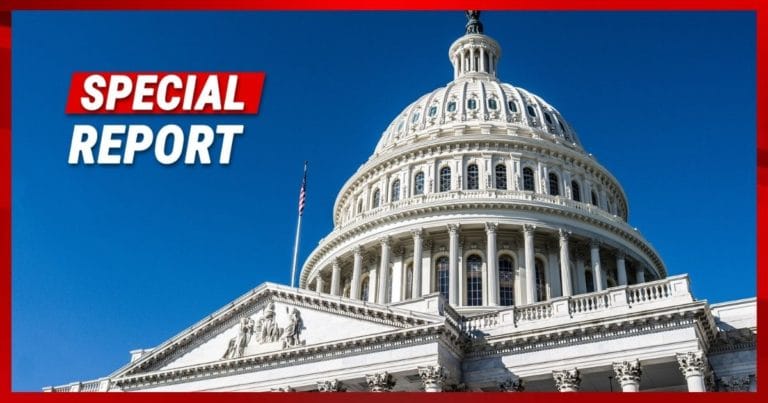 For a long time, Democrats have rolled their eyes when Republicans warned about election integrity.

They even called conservatives “crazy” for warning that a lack of voter ID laws would lead to non-Americans voting.

But now, Democrats aren’t even hiding their attempts to hijack our democracy. Because the city council of D.C. is allowing anyone–even illegals–to vote in their elections.

Democrats on the Washington, DC, City Council have approved a plan that would allow foreign nationals, including illegal aliens, to vote in local elections.

On Tuesday, the D.C. City Council voted 12-1 to advance a bill that will allow foreign nationals, regardless of if they have visas or are illegally in the United States, to vote in local elections such as school board races and mayoral elections…

The D.C. City Council will now have to approve the plan in a final vote before the bill goes to Democrat Mayor Muriel Bowser for approval.

So, I guess our democracy is just up for grabs? Anyone should be able to decide the fate of our nation, including people who are here illegally?

Democrats have long claimed they opposed election integrity laws and voter ID, claiming they prevented minority Americans from voting. But the D.C. city council just proved it was always about letting non-Americans interfere with our elections.

Are you still wondering why Biden is leaving the border open?

Democrats in other cities and states will try to pull the same scheme. As more outsiders invade our country, Democrats will coerce them into voting for their party.

They will eliminate any barriers to election integrity, allowing people who know nothing about our country (nor pay taxes, are loyal to our flag, or have embraced our values) to decide our government.

American votes will all be worthless, given the near number of aliens that will be voting. Yet Democrats call conservatives bigots and liars for warning about this scheme. These D.C. Democrats aren’t even hiding their plan. They openly said that immigrants “of all statuses” will be able to vote.

That includes the “status” of being here illegally. Even legal immigrants should not be allowed to vote. Do you think Canada or Mexico let American visitors vote in their elections? Do you think any European country would let you vote–being an outsider?

Of course not. Yet we are supposed to just lay down and let Democrats give away our democracy.