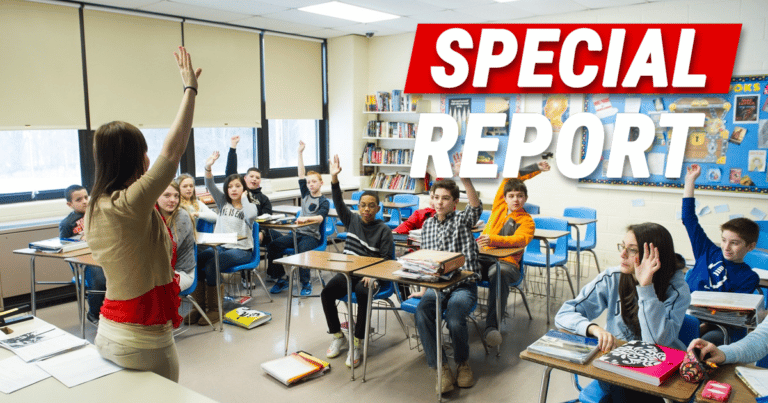 Ever since the 2020 pandemic, parents have grown to distrust government-run schools. They have pushed back against radical curricula and low standards. For that, Biden’s DOJ branded some of them “domestic terrorists.”

But the facts remain the same. American parents are eager for alternatives to public schools run by left-wing teachers’ unions. Democrats, though, will do anything to stop them and brainwash future generations.

The West Virginia Supreme Court reversed a previous circuit court injunction on the Hope Scholarship Program, opening the door for families across the state to access flexible educational opportunities.

Wow. Isn’t it odd that this one circuit judge decided a law passed by the state was unconstitutional? All because it took money from teachers’ unions and put it into parents’ hands?

Keep in mind, tax dollars that go to education are meant to serve parents and students, not teachers and failing government-run schools.

Why can’t parents take some of that money and send their kids to schools that work?

Americans from nearly every walk of life (liberal and conservative) love school choice. Because it gives them the chance to provide the best education for their children.

And it requires failing schools to get their acts together or they’ll lose funding.

But the corrupt teachers’ unions have held a monopoly over your children’s education for decades. And they refuse to give it up.

It’s no surprise that liberal judges–who side with the teachers’ unions–would undermine school choice.

The good news is, the highest authority in West Virginia upheld the scholarship. That means many WV children will be able to get the very best education.

And a corrupt cabal of do-nothing teachers gets nothing.